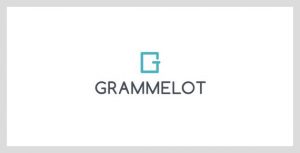 Need: It was that of finding a solution in Cloud that included functionalities of DMS, CRM and electronic invoicing that could be integrated with digital preservation solution of the client

Benefits: The flexibility of the solutions adopted has allowed the introduction of specific utilization strategies that have fully met the ISO9001: 2015 compliance requirements and more generally the requirements of a simpler, , safe and efficient management of the company processes. Industry: Tourism
Project 1: Summer superstar
In the wake of the 2006 football World Cup and riding the enthusiasm sparked by the success of the Italian national team, a cute, whimsical game based on the winning penalty research; connected to a prize competition, it has proved a very successful operation of lead generation.
Project 2: Co-Marketing Mandarina Duck
The instant win with final awards have met the need to promote the two brands, both linked – although in a different way – to the travel industry; the operation reached the goal to build a common database of contacts.
Project 3: Safari game
The need to increase the number of potential business contacts was faced with a cute online competition consisting of a mini site and a banner campaign inspired by the concept of an ironic and imaginative safari.
Project 4: Who would you send to…
Original and challenging the idea of generating new contacts and also promoting travel packages to particular tourist destinations through a funny game mechanism. Project 3: Welcome to the South
A colorful and fun InstantWin game along the lines of the famous ‘ game of the three’ cards for the promotion of the film Welcome to the South, the brilliant remake of the very well-known French comedy “Bienvenue chez le Ch’tis” produced by Medusa. The graphic and creative aspect were handled by TBWA Italy, the technology was developed by Interzen. Technological platform for the online publication of users’ pictures participating to the MMS contest “MTV: starzine”. Photos and messages sent by users are received automatically and published online in the sections dedicated to them.

Strada Comunale Piana, 3 - 65129 - Pescara - ITALY.
Our offices are in a strategic position in the city within an elegant building made entirely of glass and metal.

Are you interested in a demo or want to learn more about our solutions and services? Contact us or write an email to info@interzen.it. Do you prefer calling? Call us at
+39 085 4516447, one of our consultants will be at your disposal.

Follow us also on social networks, you will always be updated on the latest news from ZenShare, the suite of integrated solutions in a single platform to grow in the name of innovation.